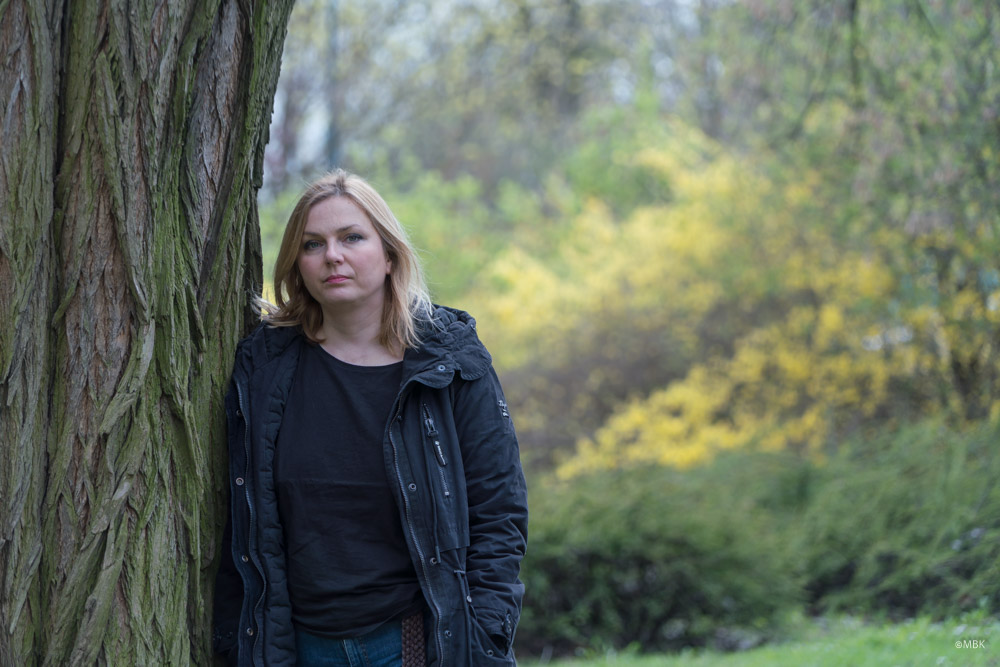 That Bożena dislikes the church is probably the biggest lie about her. A myth spread intentionally by her opponents as her speciality is secularism. For years, she has been advocating for the separation of church and state. Bożena was the driving force behind the wave of unprecedented protests outside churches across Poland on 25 October 2020. But this was the culmination of several years of action.  In 2016, Bożena organised the satirical “Polish Episcopal Conference”, which was the first church protest of its kind in Poland. By 2019, she had organised more than a dozen protests in front of Warsaw churches, including on 23 March 2018. The secular state protest she organised on that day was part of a much larger protest known as Black Friday, which was attended by around 100,000 people.

Her advocacy resume is impressive. A staunch advocate for women’s rights, Bożena has been working with the Women’s Strike from the start. She even established the Warsaw Women’s Strike collective, co-organising all its activities until spring 2019.  Bożena co-authored the movement’s Call to Action and led the Secular State citizens’ legislative initiative. She also co-chairs the Secularism Congress Association, which has been working closely with the Strike movement since 2017. An undisputed leader in her field, she was asked to moderate the Secular State team within the movement to develop solutions to the separation of church and state.

Activism Is A Double Edged Sword

The activist is very passionate about the advantages of what she does:

”Activism has taught me to demand my rights; loud and clear, always and everywhere. It gave me courage and faith in success. It instilled in me solidarity with other women.

It has taught me to judge behaviour, not people. It has removed the tribal mindset and polarisation, and reinforced the need for understanding and cooperation. It reinforced my self-esteem.”

But this is only one side of the story. Bożena doesn’t pretend there are no downsides, that she hasn’t been deeply affected by what she does.

”The experiences of activism in Poland have left and will continue to leave indelible marks on the psyche of all Polish women activists for the rest of their lives.

Her activities in the Strike and the Secularism Congress have affected her relationships. She lost friends but Bożena sees this as a positive part of the “activist verification” process. It enabled her to eliminate people she didn’t like.

Activism has also affected her family life: “On the one hand, it has been positive because my activist projects often become our family projects. But the downside is I don’t have as much time as I would like to spend with my family.”

Her activism activities also took away the chance to build up her career. It “finished off” the activist financially. Before 2016, Bożena ran a successful business and an online shop. She had created and designed the brand from scratch.

“Since the inception of the Women’s Strike, I have had less and less time for developing the business. The company is barely ticking over. Financially, I’m ruined, which means I am fully dependent on my husband.”

Caught In The Cross Hairs 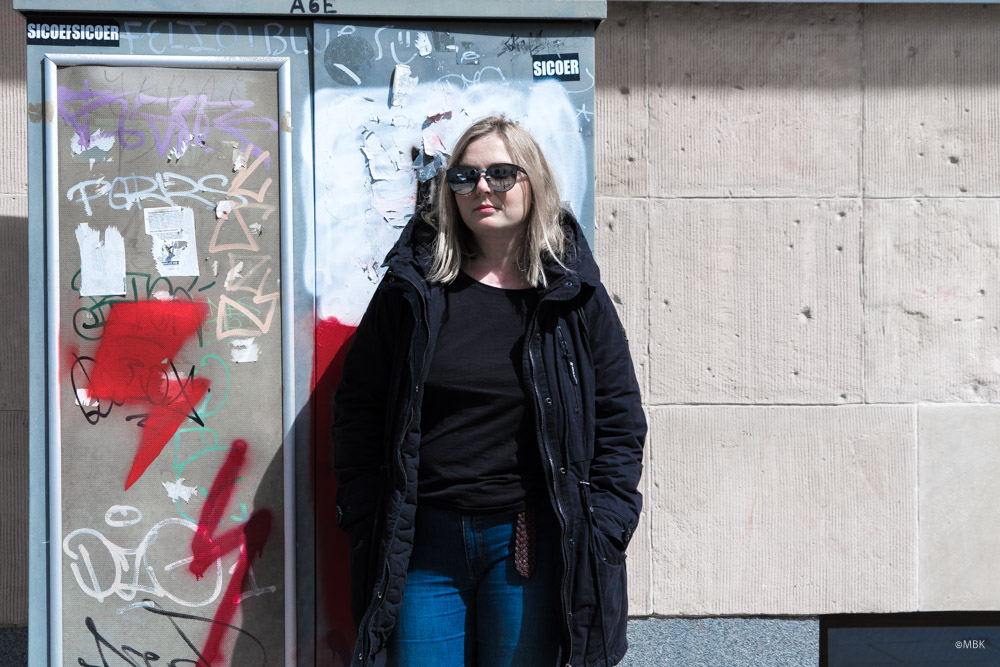 Bożena talks about the dark and somewhat scary side of activism gently and sparingly, avoiding any emotion. Which is particularly impressive, because underneath this steely outer shell, she is a volcano of emotions. She has immense sensitivity and outpouring of warmth. She is strong, stubborn, and full of character. Bożena also likes to be right. And she often is, which in Poland doesn’t win her any favours.

“Yes, I receive threats. Yes, I have been physically attacked. During a protest outside a church on Black Friday a man came up behind me and spat on me. The police, who were there supposedly to protect me and my congregation, protected the church walls instead. When I was collecting signatures for the legislative initiative, I was repeatedly insulted. Property belonging to the initiative committee was destroyed – a speaker, a table and posters. I was never blackmailed, with the exception of threatening emails,” the activist says.

As coordinator of the Consultative Council team for the Women’s Strike, she received a series of threatening emails in her inbox at the start of this year. Like other activists she handed them over to the police although she wasn’t too concerned. Over the years she has learned not to worry about the threats or the abuse.

”I am supported by my husband and children. Even the neighbours, who, quietly, in the corners of their yards, congratulate me on the lightning bolts and rainbows in the windows. What more could you want?” she says.

Bożena has been consistently following her path for years and is guided by the motto that what is not supportive does not deserve her attention.

This stoic approach hardly longer surprising given Bożena’s health problems. “I’ve had thyroid cancer and I have Multiple Sclerosis. I’m actually sitting on a time bomb. But thankfully, nothing has become active in the last five years. I experience fatigue worse than others.”

The activist got extremely sick after contracting Covid in November whilst taking part in a protest in Warsaw. Sporting a hat and dress, reminiscent of suffragette-era outfits, Bożena led the march alongside other activists from all over Poland holding a giant banner with the words ‘F*** OFF!’. A few days later, the Strike community watched in horror as Bożena was taken to hospital by ambulance struggling to breathe. She was placed on oxygen. Bożena’s husband got Covid too and also ended up in hospital as a result of the protest. He broke his wrist and forearm jumping over a fence whilst running away from the police after they charged the peaceful protest. Thankfully, Bożena and her husband recovered and were able to go back to work.

Back To Grassroots Work

As part of the Women’s Strike Consultative Council, she is currently coordinating their new nationwide campaign “only advantages”. The campaign highlights the benefits of moving away from the rigidity of the church and developing new secular traditions.

She set off on a tour across Poland holding press conferences in places where campaign billboards have been disseminated.  A collection is underway to hang graphics created for the campaign in more locations across Poland. The campaign has its own website and social media accounts. Bożena spends her time writing with iron consistency. But she also realizes that she has to take better care of herself and mind her health. To rest more and work less. To ultimately find a balance between regeneration and activism. She won’t give up her Strike participation or the Secularism Congress, nor will she give up working on the Strike’s Consultative Council. The activist believes that what she’s doing makes sense: “For me – less so. But for my kids and their entire generation, it is fundamental. My biggest motivation is that children their age admire what I do.”