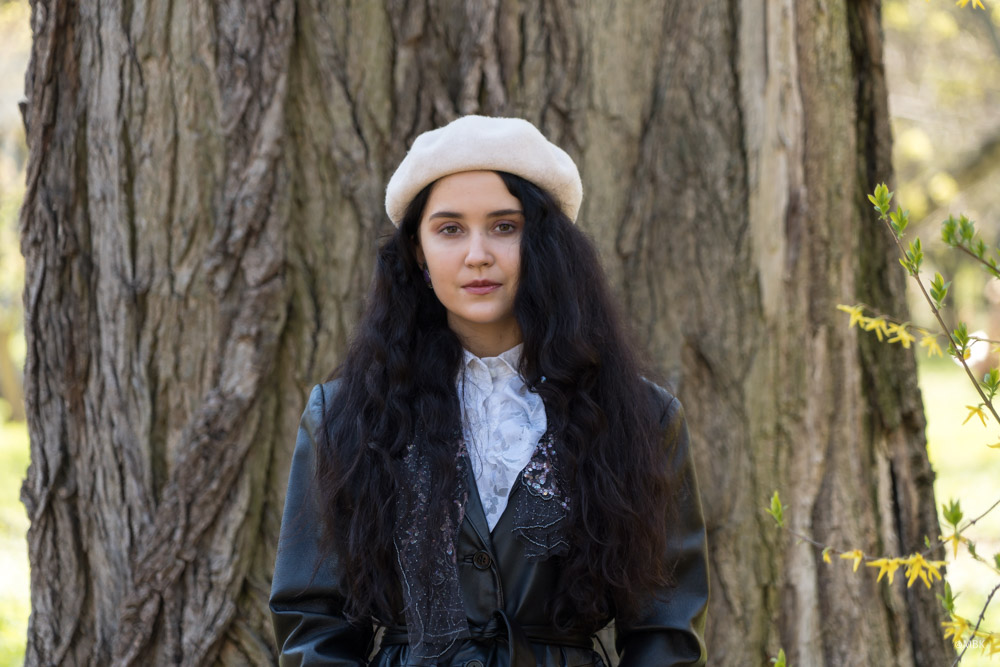 Nadia believes activism can change the world. Over the last few years in Poland, women’s reproductive choices have been stripped back at an alarming rate. The young activist wants to reverse this erosion of women’s rights by campaigning for better reproductive, labour and social rights across the country. Nadia is painfully aware that in Poland, where public discourse is dominated by men, the belief that “children and young women have no voice” still reigns.

”I wish we no longer had to talk about the wage gap, reproductive rights, the overloading of women with unpaid reproductive work. I want to live in a world where women had freedom of expression and the full right to pleasure on our terms," the activist says.

Nadia became involved in the Women’s Strike movement in November 2020. As well as participating in Warsaw protests, she is also a member of the Consultative Council at the Women’s Strike, where she moderates the substantive work of the workers’ rights team. The activist is not afraid of public appearances and performs them well. She is confident and attractive so has inevitably become the target of visceral personal attacks online.  She has been dubbed a “Julka”; a new buzzword coined by the opposition to express contempt and to silence young women who hold progressive views. Especially those with the courage to take a stand. “Young women should speak out in public because it is valuable and brings a lot of freshness to the discourse,” she says.

Nadia was immediately pounced upon by the right-wing internet. She began speaking publicly on behalf of the Women’s Strike at the end of 2020, which was one of the most emotionally difficult moments of her life. “I started getting daily threats, challenges and insults. On private communication channels like Facebook, Instagram and later also by email. People were publicly wishing me dead or calling me stupid, inhuman or a killer of unborn babies. I have also been told that I deserve to be raped and my family has been threatened,” the activist says.

Nadia has also faced unrelenting violent behaviour, sexism and sexual discrimination. There were  racist references to her looks, background and name, as according to some commentators it doesn’t sound “Polish enough”. A torrent of abuse descended upon her after two of her biggest interviews: “I am trained in artistic gymnastics. Someone found pictures of me from the past and annotated them with sexist comments.”

The posts and comments received hundreds of likes.

”I received dozens of hateful messages and comments a day about my appearance and activism.

Under the defamatory articles referencing my statements on reproductive rights, there were a huge number of criminal threats. No one deleted them or moderated the discussion,” the activist says.

"Renounce Your Views Or Die!"

Since February this year, Nadia has regularly received emails containing death threats towards her and her family as a consequence of her activities in the Women’s Strike such as: “You whore, you will soon die if you don’t stop supporting the Women’s Strike” and “Only God decides the fate of a child”. One message was accompanied by an altered photo of Nadia – a portrait at gunpoint with the caption “Die. Rape and death to you from us, the community of defenders of faith and Catholicism, with God on their lips. Abortion is murder. We do not support it, so we will murder you.”

In one of the emails the activist received information about the bombing of a building. In the following messages there were threats: “One day, when you are not ready, we will simply blow up the bomb”. Nadia says outright that she fears for her life, and for the lives of other Women’s Strike activists who are regularly emotionally tormented and blackmailed online. The threat is very real, especially since activists in Poland cannot count on the help and protection of the police.

"An Accelerated Course Of Adulthood" 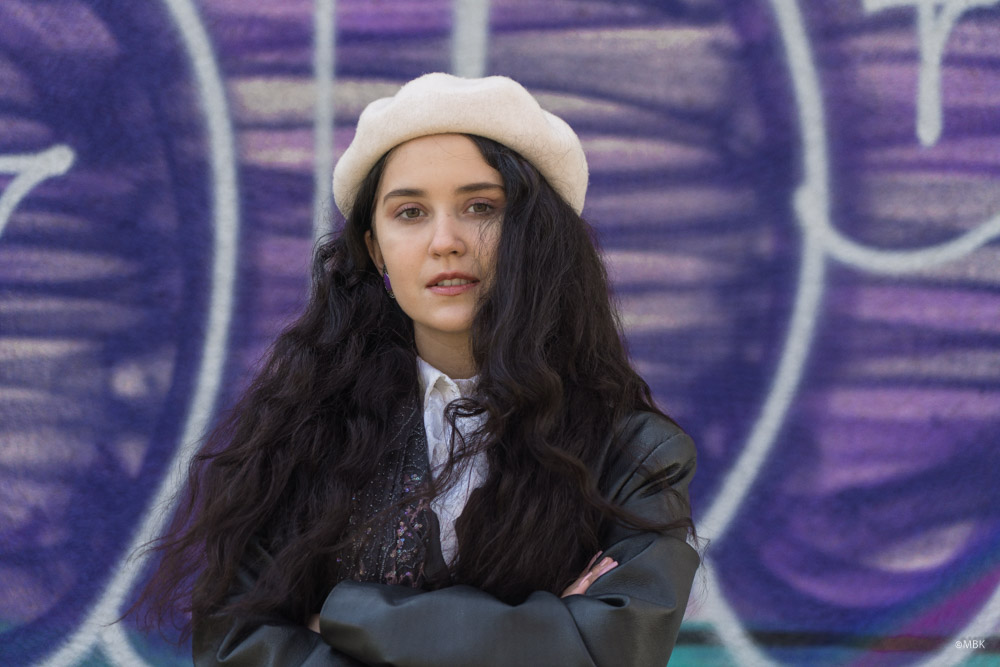 ”Nadia says so far she hasn’t encountered physical violence from anyone but the police: “During the Women's Strike protesting the tightening of abortion laws, the police used tear gas, as well as other forms of violence like shoving and pressing me to the ground."

The young activist talks about what she went through as if it were the most normal thing in the world. And this is perhaps the scariest part of her story.

The young activist joined the Strike movement at a time when protests in the streets, after almost five years of relative calm, were no longer safe. A time when the police “turned to the dark side of power” and became the enemy and aggressor. The organisers and participants of peaceful demonstrations, marches, and pickets who joined the social movement last Autumn, after only a few months of activism, are mostly traumatised by the experience. The new normal for activists today, whether a “veteran” or new to the cause like Nadia, just entering adulthood, means not only being accosted on the street and online, but also receiving broken arms and ribs, bruises, cuts and abrasions. And PTSD. The young activist generation tend to take on the brunt of the violence.

Nadia speaks openly about how her mental health has deteriorated and her anxiety disorder has worsened: “All this took a tragic toll on my self-esteem. There were weeks where I alternated between sleeping and crying.”

She is now under the care of a specialist. The activist’s parents are horrified by the scale of the abuse their daughter has faced and continues to face. Her father’s health has deteriorated as a result. Hateful content on the Internet about Nadia reached them so they too lived every defamatory article, every comment, every threat. The activist says they were extremely concerned:

”My parents didn’t understand why there was so much hatred. After all, I was only working for women's rights, I never attacked anyone in public."

Her relationship with her partner also suffered. The relationship survived, but it was not easy.  She is lucky she has good friends with similar views who stuck by her side.

A High Price To Pay For Protesting

There is probably no aspect of her life in which the activist hasn’t suffered negative consequences by working on the Women’s Strike movement.  She has also incurred other tangible costs, especially financially.  A recent defamatory article about her incited extreme sexist comments.  The portal didn’t moderate the offensive comments ranging from “Three things at once? No can do. So group sex is out” to “Pull down your panties and get to work!”. This meant she was forced to take action.

“I read them, but so did my family and loved ones. It’s horrific. All I did was speak out in defence of reproductive rights. I was devastated. I felt defamed. No lawyer wanted to help me pro bono. I am a student, so paying for a lawyer is no small feat. The whole case has affected my financial situation very badly,” the activist says.

There is a fairly large group of lawyers in Poland who defend activists for free as part of an anti-repression collective. However, they don’t have the capacity currently to represent activists for free in cases such as violation of personal rights. So most just let it go. This means that the boundary of what can be done to activists without any punishment is shifting.

But Nadia is representing the new generation of women’s rights activists and she decided to pursue legal action anyway.

“I’m tired. I don’t understand how you can disrespect another human being like that. Every time I check my email and see another threat, I become more and more frightened and overwhelmed.

”The fact that they live in the belief that they can regularly insult me, threaten me and persecute me means I won’t allow them not to be held accountable for their words," Nadia says resolutely.

The activist has filed criminal charges in two cases. She also tried to file a defamation case against the site that published the article. But it turned out she couldn’t afford the lawyer anymore and he dropped out. She simply cannot afford to proceed with the suit. Unless she finds a lawyer who will conduct her case pro bono. Or if funding is made available specifically for Women’s Strike activists.

What Doesn't Kill Me Makes Me Stronger

There are currently no cases pending against Nadia for her involvement in the Women’s Strike movement. A rare privilege among those involved in activism. This means she can focus on “recovering” from the hardships of the past months. She isn’t being dragged through the courts, or endlessly interrogated at police stations. Although there may be many years ahead of enduring the constant stress, which inevitably comes with activism, she has time now to take care of her health and rebuild relationships with loved ones. Hopefully she can avoid activist burnout, depression, or even a mental breakdown.

Nadia says, “Everything that has happened in the last six months has been a hugely valuable life lesson. I came out of it stronger, tougher and more resilient.

”I have paid a high price for activism, but I am aware of it and I believe it’s a good cause, so it’s worth it."

The activist stresses that she is carried away by the feeling that she is part of a unique social movement. A movement that has inspired women from all over Poland and even the world. Hundreds of cities across the country held protests in defence of the right to abortion and against the current government. Demonstrations were organised even in the smallest towns.

The level of social mobilisation came as a great surprise to her: ” The protests spanned all social classes. I want to be part of a movement to create a better reality.”

When asked what has the most supportive effect on her, Nadia answers without hesitation: “Words of appreciation. Because they make me feel that I am doing something worthwhile. That despite repression, threats, blackmail and insults, there are people out there who need the Women’s Strike. There is hope for a better future for women.